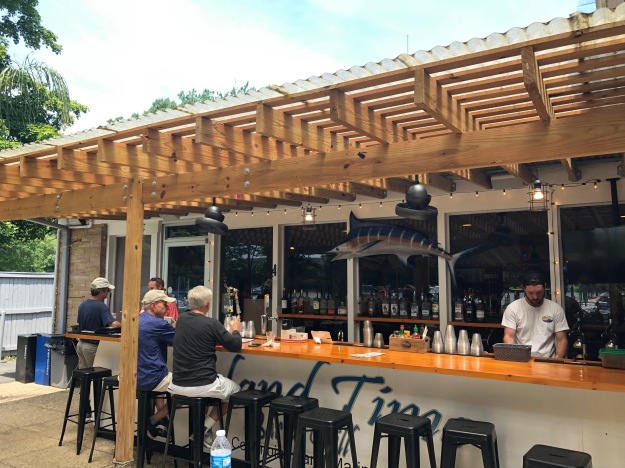 The Bar at Island Time Bar & Grill at Columbia Island off GW Parkway, in DC.

Yes, the headline is true. Legally speaking, islands in the Potomac River between DC and Arlington/Alexandria are part of the District of Columbia. This includes Columbia Island, where’ll you find the traffic circle opposite the Lincoln Memorial at the end of Memorial Bridge, and about 1.3 miles of George Washington Parkway towards I-395.

Also on this island is the LBJ Memorial Grove as well as the Columbia Island Marina overlooking the Pentagon Lagoon. Part of this marina is one of the more chill and somewhat unknown bars in DC, Island Time Bar and Grill. This seasonal outdoor spot is open from mid-April to late September and, during the Memorial Day – Labor Day period, Noon-7p Wednesday-Sunday (closed Mon-Tuesday). An outdoor bar with a friendly bartender is covered, as is a large patio. Live music is played every week (usually Saturday late afternoons). Drinks include $8 crushes (my Grapefruit Crush was made with Deep Eddy Ruby Red vodka and fresh squeezed fruit) and cocktails, several beers (including a few on draft), and $7 wines. Food is pretty standard fare; I hear the $16 crabcake sandwich is solid. Clientele is a mix of younger couples, cyclists taking a break, and older folks about to get on their boats.

The bar can be reached by car via GW Parkway Southbound or by bike/foot/scooter by taking the Mt Vernon Trail north from I-395 and taking an underpass under GW Parkway after crossing a short bridge.

One reason the spot hasn’t been on my radar: like other spots on National Park Service or Smithsonian properties in DC, no ABRA liquor license is required. 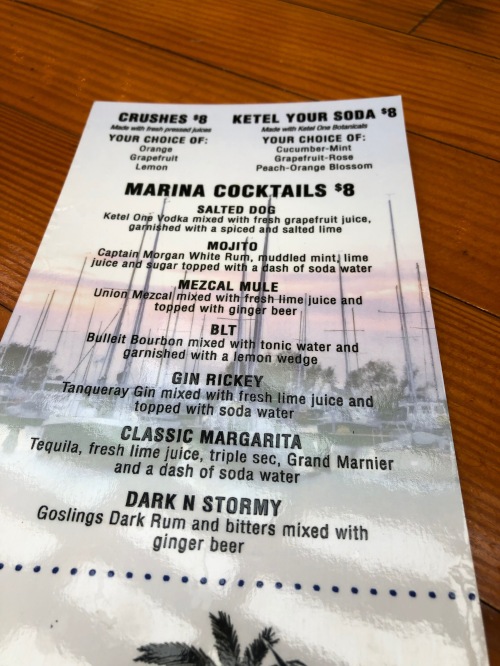 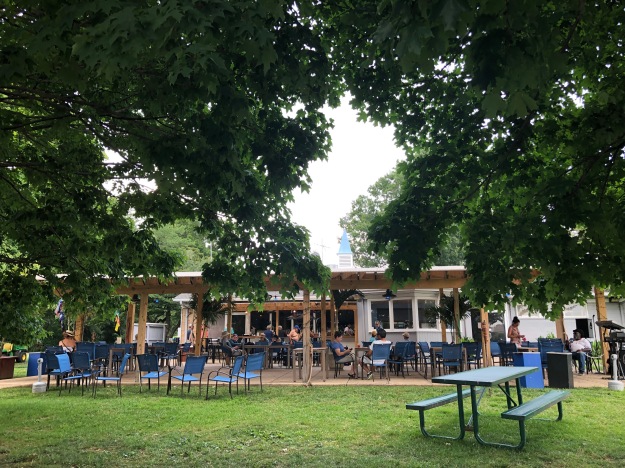