Thank you to everyone who made Barred in DC’s second bus bar tour a success on Saturday. Nearly 20 attendees took part in the DC Circulator Bus Bar Tour, starting at the nice space at Maddy’s Tap Room, where we enjoyed $2 off draft beers and watched Oklahoma upset Oklahoma State, taking the DC Circulator to the surprisingly lively Touchdown Sports Bar & Grille on U Street (lots of $6 beer + bourbon shot combos had) and ending up at Ventnor Sports Cafe in Adams Morgan for $3.50 beers.  We caught the de facto Big 12 title game and the actual SEC title game at both bars.  Many of us continued the night across the street at Mellow Mushroom and down the street at Jack Rose. Good times, hope to have another one in the spring.

DC Circulator after dusk on way to stop 3 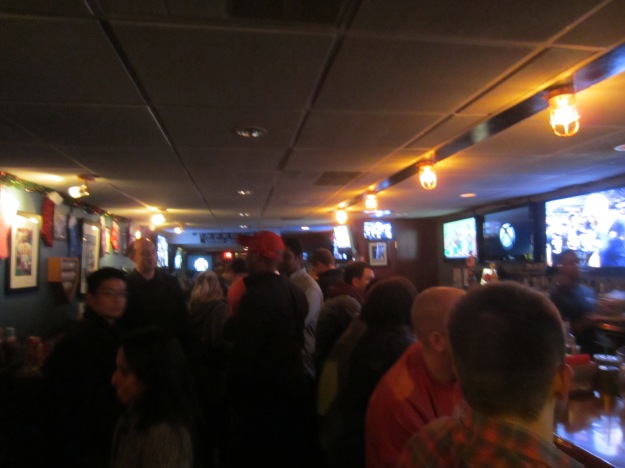