H Street is primarily known for its concentrated strip of bars between 11th and 14th Streets, with a few spots on the western end near Union Station, but development has been ramping up between, and now there’s close to a critical mass of spots in the middle. Barred in DC decided to check out a few of these (around 7th-9th Streets) last Friday night: Taqueria & Rosticeria Fresca, Dirty Water, and Dio Wine Bar. A few mini-reviews follow 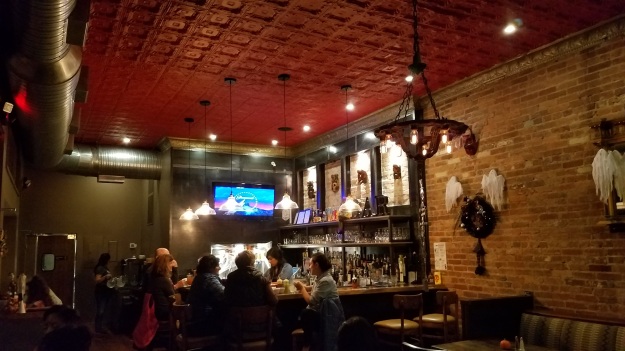 Taqueria & Rosticeria Fresca [701 H St. NE, Facebook, Twitter, website] has been open since January 2016, giving H Streeters a more-authentic-feeling Latin cuisine option. Recently, the taqueria got a liquor license, and earlier this fall, the hole-in-the-wall spot opened a more upscale-feeling bar + table service room in a completely separate space with different entrance (separated by the counter service spot in front by the shared kitchen) along 7th Street NE (a spacious patio will be great in warmer weather) (Apparently with little fanfare, the Fresca Tequileria opened in late August but original operators quit a month later, but it’s still around). There, we enjoyed amazing tacos, gorditas, and margaritas for not much $ (supposedly same food menu as the front). The bar is open late with friendly service and several solid drafts on tap. 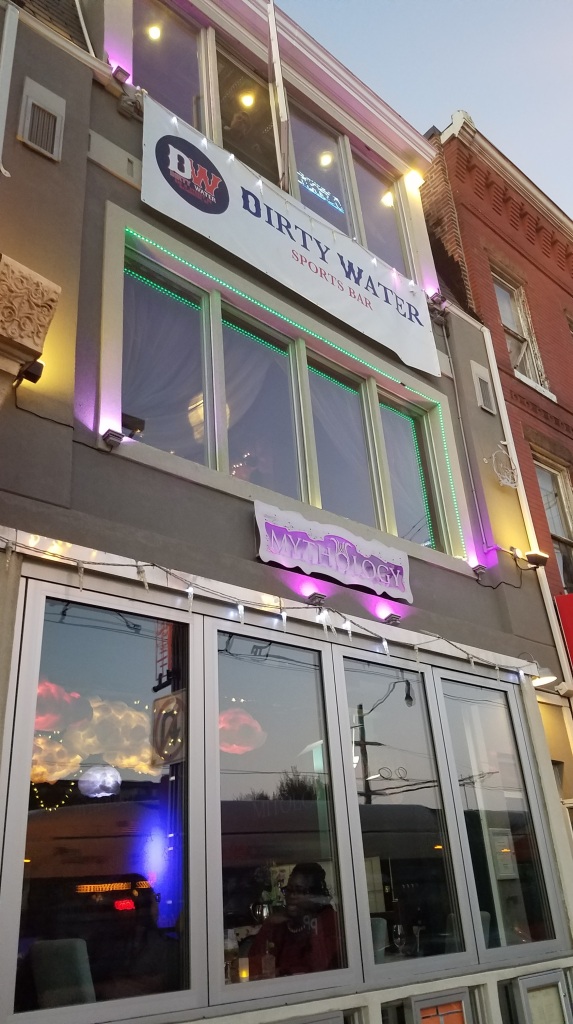 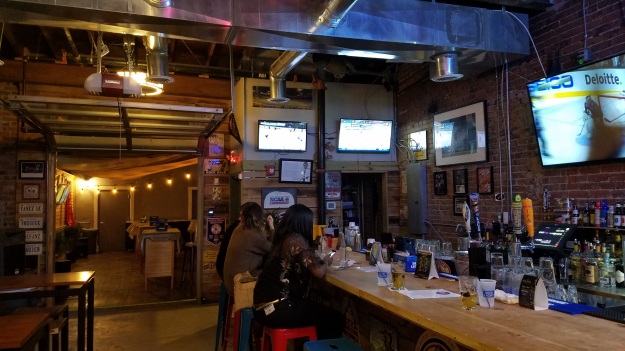 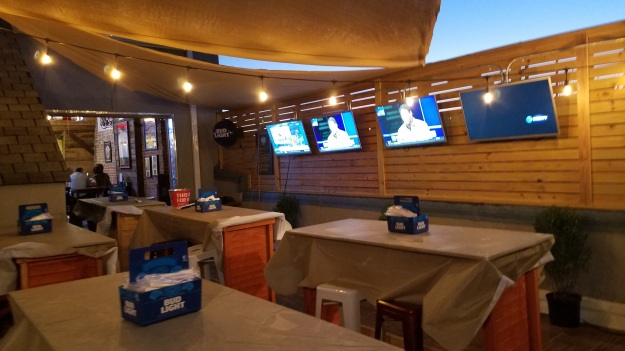 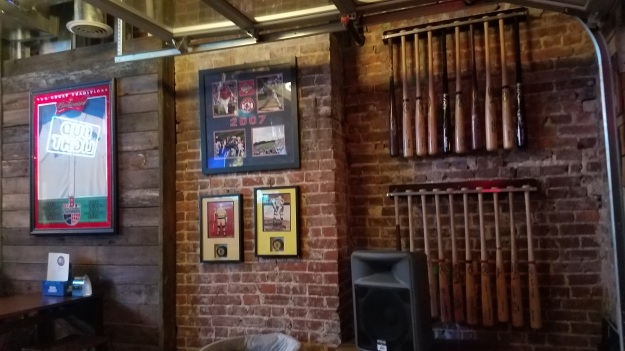 Dirty Water [816 H St. NE, Facebook, website] located on the 3rd floor above Mythology Restaurant, is billed as DC’s Boston Sports Bar. H Street sorely needs a sports bar, though I’m not sure this is what folks had in mind. The main bar area is pretty small (main room has 6 TVs); the adjacent patio (with a fabric cover to protect from elements adds more seating at TVs. The bar itself is an unfinished piece of wood; there’s nothing like it in DC. The Boston theme is laid on thick-there’s tons of knicknacks (you won’t be surprised to know that one of the owners was at Rhino, the late Georgetown bar that also supported Boston sports) related to Boston, Sam Adams and Harpoon are on tap, with Cisco and Narragansett in bottle/cans, and Boston sports (even Boston College) are prioritized. A roof deck comes soon. FYI-there’s no affiliation with Mythology, although they do share a kitchen. Happy hour runs until 9p, includes $4 rails, $6 Dobel Tequila, a $6 bucket of Miller High Life 7 oz ponies (five to a bucket), and a $9(!) pitcher of Busch Light. Despite being under the radar in the DC bar news scene, it appears to have drawn crowds already (only PoPville (read the comments) and Hungry Lobbyist have covered it much at all since it opened in mid-September).

Dio Wine Bar [904 H St. NE, Facebook, website], which has gotten much more buzz, is DC’s first establishment devoted to natural wine. I can’t say I knew what natural wine was until this month, but this spot is worth a visit for you to try it (for me, it reminded me a lot of the craft cider that has becoming popular in DC). Wines might be pricier than you’d like (cheapest by the glass was $11 and mostly around $14 range, though apparently there’s a great weekday HH) and I’m not a fan of the what Google calls “industrial chic” decor/vibe, but a lot of care was clearly taken.