Pepperoni Chic Brings a Taste of West Virginia to Petworth

Pepperoni Chic, Facebook, Twitter, 5111 Georgia Ave. NW (off Hamilton between 9th and 13th Streets) [open at 11:30a, close at 9p wkdys, 11p Fri and Sat, closed Sun], a “pop-up” eatery , opened over the weekend in Petworth. Located in the old Straw, Stick, and Brick space, Pepperoni Chic showcases pepperoni rolls, the unofficial state food of West Virginia, as well as salads and pastas inspired by the region of Calabria in southern Italy.

As a native West Virginian, I can tell you that these pepperoni rolls are legit. Fellow Mountaineers, just be forewarned, those served at Pepperoni Chic aren’t the ubiquitous rolls found in gas stations and at bake sales that are usually served at room temperature. Instead, these are like the much more substantial kind that are served hot with sauce at Colasessano’s in Fairmont, West Virginia in north central WV (called pepperoni buns on their menu, probably to avoid confusion). The opening menu had 11 different types of pepperoni rolls: 4 “traditional,”  4 “chic” (fillings include: eggplant, gorgonzola, mushrooms, ‘Nduja), and 3 other meatless versions of the chic ones, all priced between $7-11. A couple salads, several pastas, and a couple house-made desserts round up the menu.

Pepperoni Chic is the brainchild of Karen Audia Shannon, a Fairmont, WV native (and second-generation Italian-American), who has long been involved in the restaurant business in DC. She previously owned Petitto’s (and Dolce Finale in the wine cellar) until she sold in 2000. Since then, she’s managed spots like Galilleo III, Butterfield 9, Spezie, Al Dente, and most recently Bistro Cacao on Capitol Hill, and has also served as Chairman of the Restaurant Association of Metropolitan Washington. This “pop-up” will only last the remainder of 2018; but in the meantime, the owner will scout out locations for a more permanent brick and mortar location in DC. Delivery and online ordering will come in a few weeks (until then, closing time might be a bit earlier). 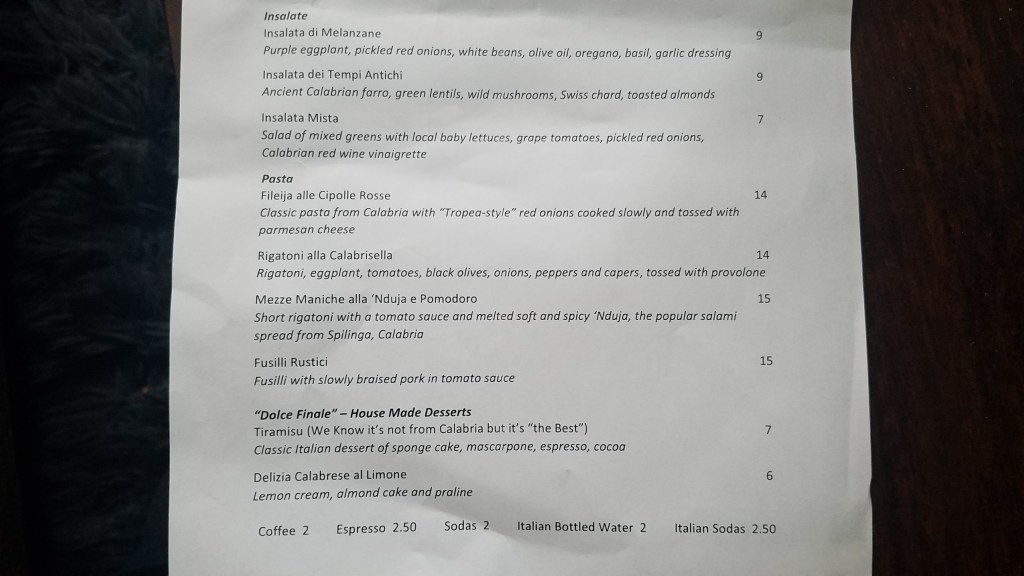