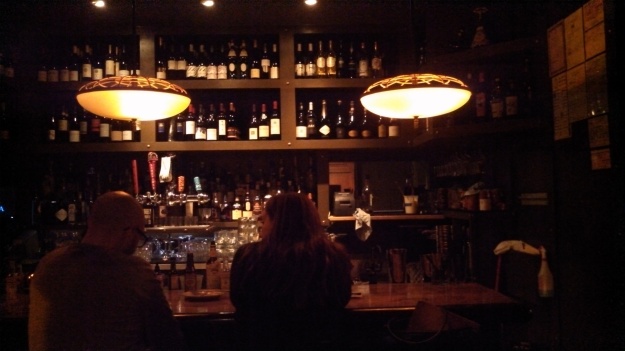 The bar at Bar Charley

A welcome respite from the circus that is the nearby Lauriol Plaza, Bar Charley is one of my favorite places to grab a cocktail in DC. This new spot in the north part of Dupont, from the folks behind the popular Silver Spring establishment Jackie’s and El Chucho in Colombia Heights, is well worth a visit, whether you’re a neighbor or come from afar.

The space, previously home to the short-lived Cajun Experience, is a few steps down from street-level but feels comfortable and neighorhoody without being divey. Although there are no TVs, a rarity for DC bars that I like to frequent, the absence contributes positively to the pleasant and casual, yet upscale vibe. To the left of the entrance is the establishment’s cozy bar area where folks can grab a stool or stand up while ordering from one of two bartenders, who often come out from behind the 10-seat bar to take orders and serve drinks. You can usually find me posting up on one of the 5 stools next to the bay window opposite the bar; this is a good spot to have a group consisting of both people who like to stand (me) and those who prefer sitting (most people). The rest of Bar Charley is made up of the main dining area to the right of the entrance: comfortable seating along one of the exposed brick walls; a communal table in the center of the room; and a large, semi-secluded booth in front of another bay window. In warmer months, visitors can enjoy food and drinks out on the back patio. 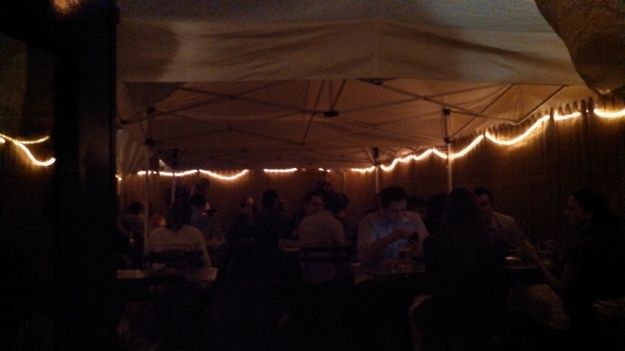 The stars of the show are the cocktails created by co-owner Gordon Banks. The menu includes the quite economical (for DC standards) classic cocktails ($8 for a Sazerac, Jack Rose, Monk Buck, and fantastic Old Fashioned), on-tap Tiki drinks ($7 for a Mai Tai and Suffering Bastard served in tiki-themed ceramic cups), and more standard-priced creative concoctions (such as the Quack-Quack-erac, made with a duck fat wash and the Stepdad which involves a blowtorch). While the pretty solid wine list, both by the bottle and glass, serves as an ample co-star, the beer list, despite nary a macrobrew, is at best a fledgling starlet. Three drafts don’t rotate as often as I would like and many of the bottles on list are $15-25 large format bottles. 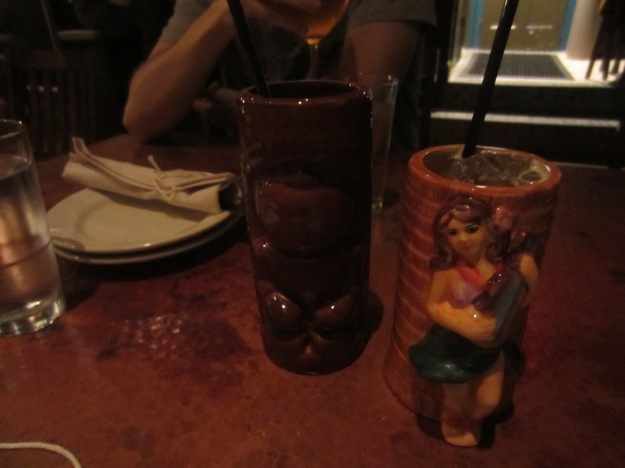 Although it has only been open since September, Bar Charley has quickly generated a tremendous amount of buzz (both positive and negative). The spot has already appeared in the Post FOUR times (including critiques by bar guru Fritz Hahn and dining expert Tom Sietsma), and Bar Charley’s request to be open normal DC bar hours (2a weekdays, 3a weekends), has quickly become a source of controversy in its hood, as previously documented by this blog here. Many neighbors vehemently oppose the hours extension, though I personally know several proponents of it.

One of the fancier cocktails

Since later hours of operation have not yet been approved, when you stop by for a drink (which you must do), make sure you go on the early side, as Bar Charley closes at 11p sharp weekdays and midnight Friday and Saturday nights.

View of the bar with dining room in background