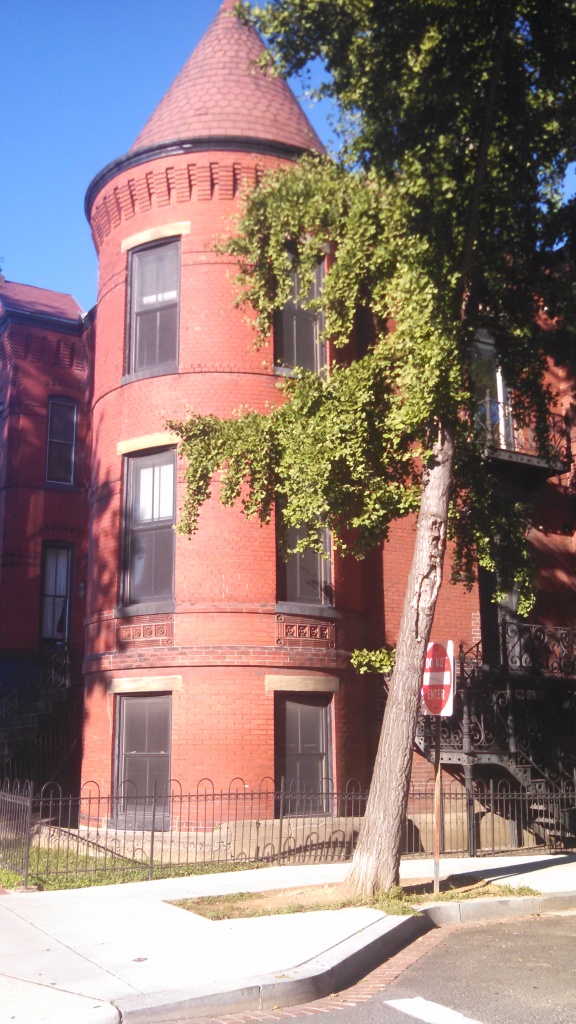 Sorry, no liquor license for you Saloon 45/Swann Dive

In a rare move, the Alcohol Beverage Control Board last Tuesday flat-out denied a tavern liquor license to Saloon 45 (which was seeking a name change to Swann Dive) in north Dupont Circle, as first reported by PoPville. The tiny low-key ground floor bar (840 square feet interior space, with room for 32 folks inside and 36 outside) was fiercely opposed by nearby residents on adjacent Swann Street, the local Advisory Neighborhood Commission, an aging-in-place organization called the Dupont Circle Village, and D.C. Councilman Jack Evans (who wrote a letter to the Board urging denial, in an unusual move).

David Stephens, a former Navy nuclear electronics tech and professional poker player, had applied for a liquor license in the former Sandy’s Flowers shop on 18th & Swann just five months ago (Stephens is the flower shop owner’s daughter’s brother-in-law), when it was reported by the Washington City Paper that he aimed to open a low-key spot with craft beers but no kitchen. It was quickly apparent that Stephens, with no experience operating or even working in a bar/restaurant, was naive about the liquor licensing process in DC and seemingly shot himself in the foot every step of the way (for example, seeking full hours for patio), leading to this result, anticipated by many who have been following this application. The blog Short Articles about Long Meetings has a couple informative posts with additional background.

In the end, the Board unanimously denied the license (read the decision here) after an eight-hour protest hearing that ended at 12:57am in the morning (the 629-page hearing transcript is here), finding the license application:

inappropriate, because the establishment’s intention of having its entrance on Swann Street, N.W., along with outdoor seating, will bring loitering and other patron-related disturbances to a residential area [and because its] Application and presentation lacked sufficient specificity for the Board to determine whether the establishment could satisfy the appropriateness criteria.

The Board explained that Swann Street is “highly residential” so that a entrance on that street would “encourage [patrons] to loiter on [Swann], like other patrons in the neighborhood” bringing noise and other nuisances to those residences. Furthermore, the planned outdoor seating, according to the Board, “will cause an unreasonable amount of late-night noise to the neighborhood,” noting that Swann Street residents were already disturbed by the (legal) noise emitted from folks on the patio of the adjacent Bar Charley. As a result, the Board denied the license as it would “cause an adverse impact on the peace, order, and quiet” of Swann Street neighbors. Although the Board could have legally granted the license but, for example, required the bar to have an 18th St. entrance and no outside seating, it did not, likely in part because of the bar’s own hearing testimony. Saloon 45’s architect and owner testified that neither of these changes would be viable: an 18th St. entrance would not be possible because the clearance was very low and any alterations to the staircase to accommodate taller people would run afoul of historic preservation restrictions and the bar’s financial success was based on having outside space for much of the year. 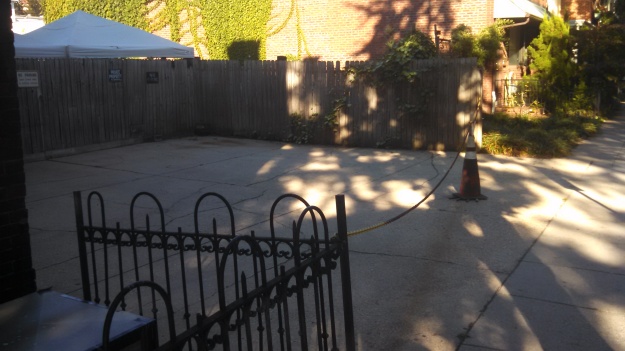 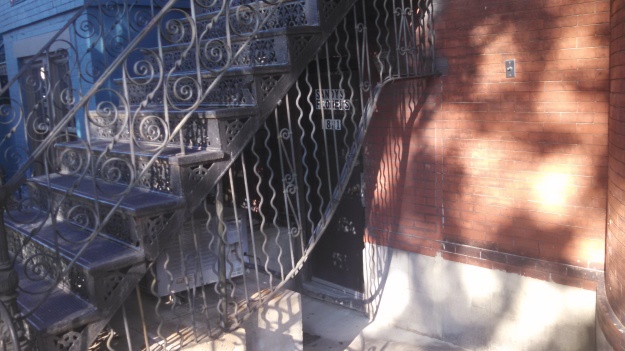 The 18th Street entrance, deemed unusable without modifications by bar

The Board further found that it could not grant a license because Saloon 45 didn’t “provide the Board with a clear picture of the nature of its operations and business model” during its testimony, such as “key facts [regarding] the maximum occupancy of the outdoor seating area, the layout of the outdoor seating area, the soundproofing features of the outdoor seating area [the architect spoke of either a 7 foot high fence or a 3-foot wrought-iron fence with landscaping], or the establishment’s food service plans.” Stephens himself testified several times that the bar’s plans were a “moving target,” in response to questions about the offerings and why the concept had evolved significantly since the initial license application.

The hearing itself raised some interesting/humorous moments not mentioned in the Board’s final decision: 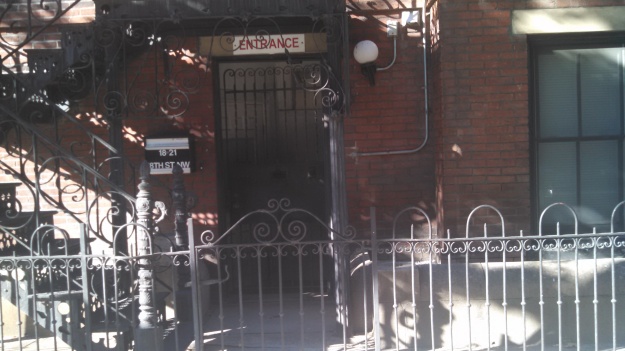 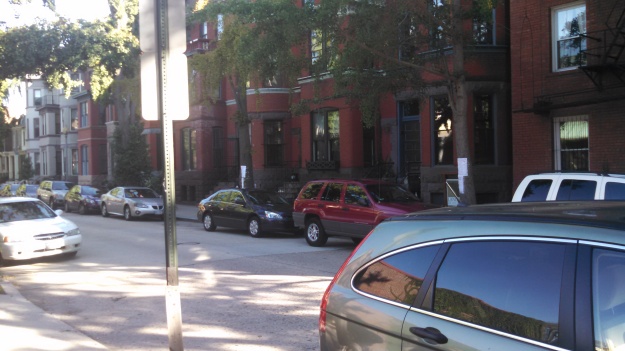 Swann Street residences across from bar

The public reaction to this liquor license denial has been fierce; many complaints about NIMBYism have been thrown around on Twitter and in the PoPville comments section. I usually side with the bars, but not here; the owner failed to engage the neighbors and importantly didn’t have a clear vision of what the bar would be like. Barred in DC’s unprofessional suggestions for Stephens if he continues to want to open a bar in the space and applies for another liquor license:

If not, don’t be surprised if this place becomes an ice cream shop, which is a concept also brought to the owner of the flower shop/building; no liquor license required. 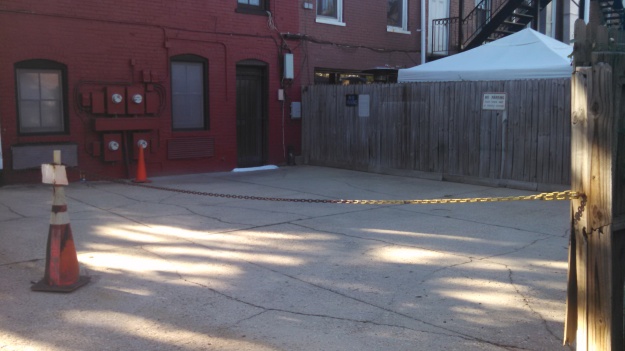 Another view of back patio. Bar Charley’s patio is covered by white tent 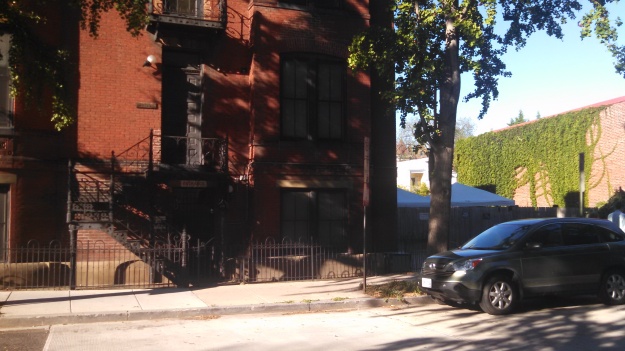 Another view across Swann of the bar