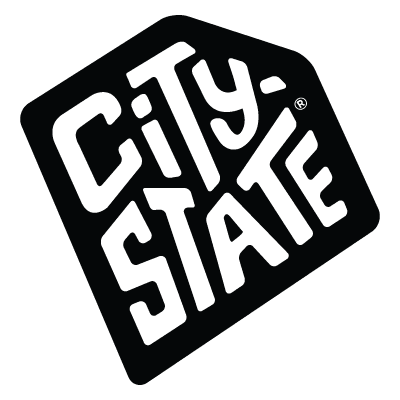 City-State Brewing, [Twitter, website, Instagram] which originally was slated to come to Ivy City as of summer 2018, has now confirmed that it instead will coming a bit further northwest in Edgewood at its border with Brookland. The 13,000-square foot craft microbrewer, taproom, and event space will be constructed in an existing two-story building at 705 Edgewood St. NE, directly adjacent to the popular Metropolitan Branch Trail. It hopes to open sometime in June-December 2020 timeframe. 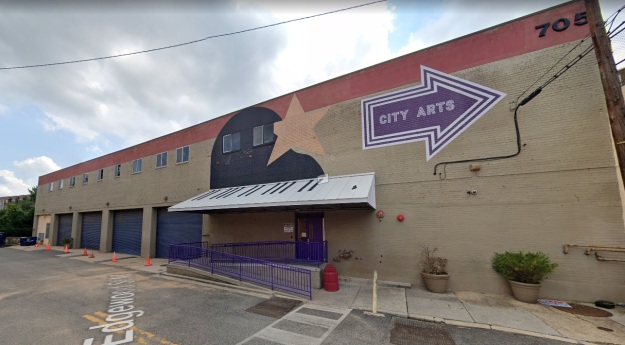 The brewery comes from Brookland resident James Warner, a former Senate staffer. The taproom will feature a “DC Wall of Fame” to celebrate local legends, serving the 8 Wards Independent Pale, Self-Determinator maibock, and a saison called The Brookland. The brewery will include both a 20-barrel system for larger batches and a smaller 5-barrel brewhouse for more experimental brews. Cans will be available onsite and self-distributed in DC, Montgomery County, and limited in Virginia. 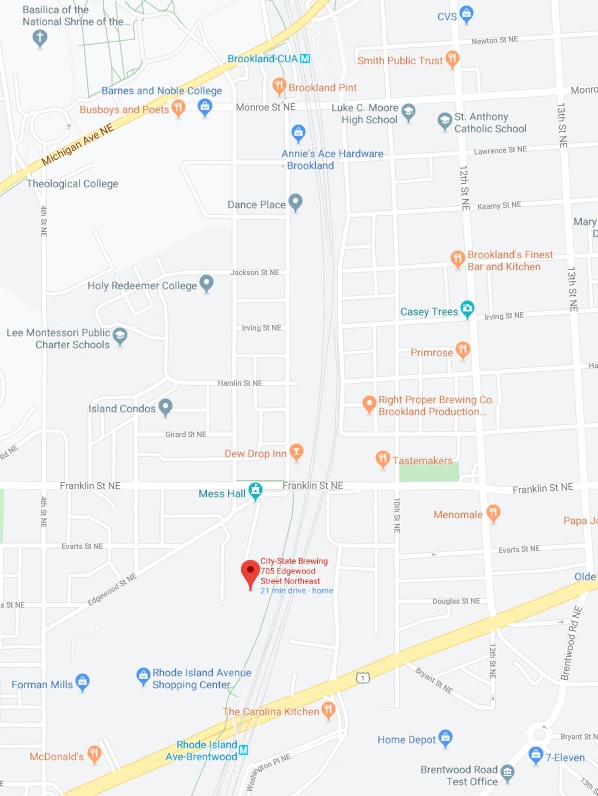 The location is roughly 5 minute walk to Rhode Island Ave. Metro, and 15 minute to Brookland Metro. More importantly, the cult-favorite divey bar Dew Drop Inn will be 4 minutes away, Right Proper Brewing 10 minutes away, and beer bar Brookland Pint 12 minutes away. Add Red Bear Brewing (short bike ride away), this is going to be a great addition to DC. Full press below:

WASHINGTON, D.C. –  A Senate-climate-change-staffer-turned-brewer is breaking ground on City-State Brewing Company, a 13,000-square foot craft microbrewery, taproom, and event space on the border of Brookland. Owner James Warner signed the lease and will soon start construction in the building, which sits over the Metropolitan Branch Trail, within walking distance of both the Rhode Island and Brookland metro stops.

“The whole idea behind the brewery is to celebrate the history and culture of the District—the city behind the monuments” Warner said. “We want to create a space where everyone is welcome, and can connect with what it means, and has meant, to live in the nation’s capital.”

Warner’s venue will be devoted to the District’s heritage of art, performance, and intellectual ferment. The tap room will have a funky, modern aesthetic, featuring a D.C. Wall of Fame to celebrate a rotating cast of local legends. City-State will serve a broad assortment of craft brews, from 8 Wards Independent Pale Ale to Self-Determinator maibock to a saison named The Brookland.

“We’re opening in a historically diverse area,” Warner said, “and we want to help it stay that way. I’m a Brookland resident and City-State will be a part of the hardworking, creative, and welcoming character of our neighborhood.”

After spending 17 years working in public service, which included a stint in the Peace Corps, Warner decided to take a different path and devote himself full-time to building City-State. To gain a better understanding of the industry, Warner worked as a brewing apprentice, server, and craft beer salesman. The tap list will align with his mission to be welcoming and inviting for all people.

“Our beer is going to be approachable and sophisticated,” Warner said. “I love taking relatively simple ingredients, and making something complex. We’ll be experimental, sure, but there will always be something to like that tells a story of this unique place.”

Breaking from the conventional design of a startup brewery, City-State will feature two interconnected brewhouses—a 20-barrel system for larger batches and a smaller five-barrel brewhouse for variety and innovation. Warner hopes this design will provide both flexibility and a creative outlet for his brewers. City-State cans will be available onsite for purchase, and self-distributed across the District and Montgomery County, with limited initial distribution planned in Virginia.

In addition to hosting live music and performances, City-State will be open as an affordable event space and wedding venue. The brewery will be outfitted with a catering kitchen. Warner plans to work with local food and beverage industry partners to provide food at the brewery.

“We want this brand to help tell the story of the District. City-State will give people a place to find love and belonging in D.C.,” Warner said.

Warner first fell in love with craft beer while attending the University of St. Andrews in Scotland. The tradition and practice of beer there left a mark on Warner, and he began developing homebrew batches not long after moving to the District. City-State is the fulfillment of a long-pursued vision to build a brand and cultural institution around well-made beer at friendly prices.

The area around City-State Brewing Company is fast developing, with an apartment building and shopping center being planned for construction soon. City-State expects to officially open in Summer or Fall 2020. Warner is working with Nick Freshman, a hospitality vet and Founder of consulting firm Mothersauce Partners, to find investors for the ambitious project. Interested parties can contact City-State through this online form.