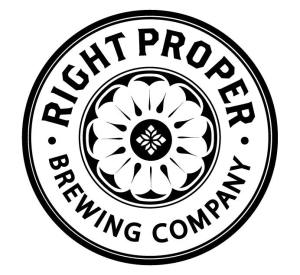 No, we are not moving to Clarendon. Instead, Barred in DC is teaming up with the great folks at DC’s own Right Proper Brewing Company (head brewer, Bobby Bump) as well as Michael Stein (Lost Lagers, DCBeer.com) to collaborate on a new beer designed by DC, for DC (well, our Twitter followers at least).

We’ve devised a series of Twitter polls querying DC on their preferred beer characteristics (including appearance, body, hops, other ingredients, ABV, and others). The beer will be crafted based on whatever characteristics are the top result of each poll, which will be tweeted out over the next few weeks. This may be either brilliance or madness (why not both?), but the beer will be available for all at a release party at Right Proper’s Shaw Brewpub in the coming months (TBD date).

This idea was hatched when Mr. and Mrs. Barred attended the wildly successful collaboration with Black Brew Movement for a Cuffing Saison earlier this month. Bobby and Michael have always been great supporters of Barred in DC, so this is a great fit.

Let the polling and brewing begin.

Published by Barred in DC

View all posts by Barred in DC