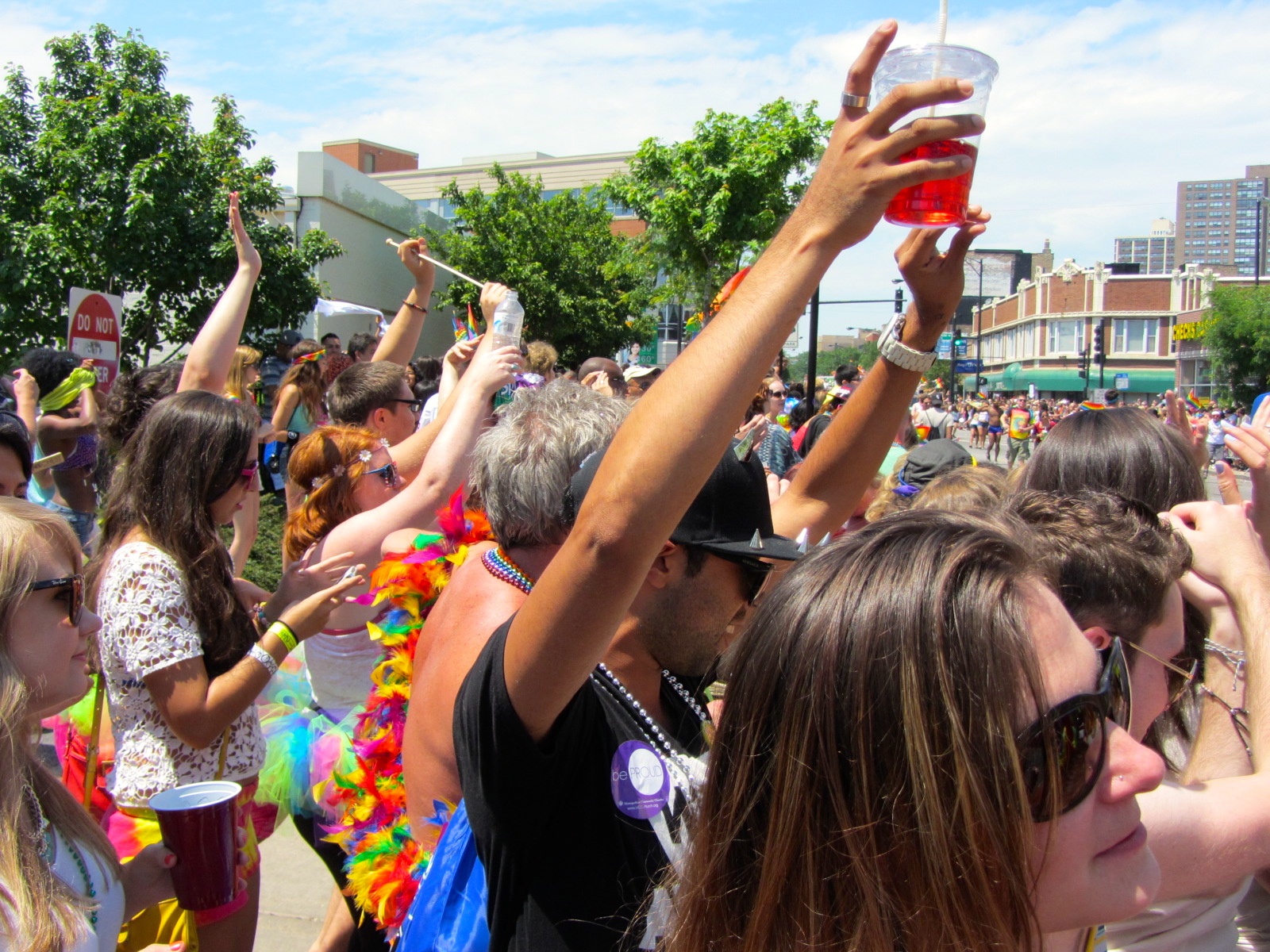 I’ve lost track how many people have suggested that loosening the DC ban on public drinking/open containers would help restaurants/bars make additional revenue and provide another fun option as well as promote social distancing during this pandemic. Even the libertarian magazine Reason posted a story “Let People Drink Outside” last month that got some buzz.  Of course, this hope is nothing new, even before the pandemic, when people wished that DC could adopt some of the things they observed on trips to much of western Europe where this no big deal or to the relatively few cities elsewhere in the U.S. this is legal.

I think it’s important to see different ways open container/public drinking has been implemented in North America, and consider whether this could be implemented here in DC.  Although in most of U.S., people actually think of open container in terms of while driving, this is focused on drinking in public (while walking on sidewalks, parks, etc.).

In most of the U.S. you are not allowed to drink in public except in a bar/restaurant. However, there are some states where open containers are legal almost everywhere except perhaps some downtowns in some bigger cities (Texas, Indiana being noteworthy), whether you bought it from a liquor store (BYOB) or from a bar/restaurant. Here is a sampling of places where a full-on open container policy is totally legal:

However, in the past decade or so, something commonly called an “entertainment district” has begun to spread around the country. Instead of allowing BYOB everywhere, these typically downtown districts allow people to buy drinks to-go in plastic cups from bars/restaurants and walk around the district with it. These are popular in the following states:

Not all districts are the same but generally share generally some qualities:

There are also “common consumption areas” or “common areas” in Colorado (Denver, Ft Collins, smaller towns), Nebraska (Lincoln, Omaha), and Kansas. These are really entertainment district-“lite” because the streets are required to be closed to traffic when the non-BYOB open container policy is in effect. Which means that in practice these are usually are in effect at the most on Fri/Sat nights but more often just once a month or so.

I was surprised to find out that Canada is similar to US with almost no open container areas. The only one I could find is in Montreal where alcohol can be drunk in public, but only in a city park with a meal (whatever that means).

So could relaxing the open container ban work in DC, particularly during the pandemic or even permanently? Maybe.

Allowing a full open container (a la New Orleans) and allowing BYOB (or open container of takeaway drinks only) all throughout the city might promote the most social distancing as people could walk through their residential neighborhoods instead of focusing on a certain more confined area. But I see very little chance that scores of DC homeowners, particularly those who live in the typically very expensive rowhouses near nightlife districts, would not universally and loudly oppose due to concerns about public intoxication, littering/trash issues, and other public nuisance-type issues. It’s also telling that aside from New Orleans and Las Vegas (which have the BYOB open culture for decades or longer), no major U.S. cities allow this. As a result, I don’t see it as a realistic option in DC.

Same goes for allowing people to drink (either BYOB or restaurant takeaway only) in parks. Again, it can be easier to socially distance in park than even a restaurant patio but I see several issues that I feel are insurmountable. For one, many parks are on in fact controlled by the National Park Service, not DC, which generally bans alcohol in its parks. In addition, many parks can be crowded and efforts to effectively reduce the amount of space used for recreation/exercise by allowing people to drink there would be controversial and seen as tone-deaf. I also cannot see DC willing to deal with the inevitable litter issues  (however, private/public options like Yards Park seems like could be a good candidate for business district mentioned below).

On the other hand, a “business district” that allows patrons to take away their drinks bought at a bar or restaurant and walk around or to another spot may be doable. The business districts would by nature contain fewer or no residents living in houses and if properly done, any negative effects would be contained to the neighborhood (though it should be noted that the southern jurisdictions mentioned below in general don’t contain that much residents next to or in their business district). The districts can be organized in tandem or loosely with the cognizant BID or Main Street so that they would only be created in areas where the bars/restaurants/other businesses want them. There are now plenty of examples elsewhere that can be studied to provide the most controlling environment to avoid spillover or other negative externalities, and possibly reduce the Mayor’s concerns that she does not want to create a party/festival atmosphere that would reduce social distancing.

My recommendation is that Mayor Bowser/ABRA/Council of DC should strongly consider coming up with a new type of liquor license to create the entertainment district concept in DC. This liquor license could either be shared by neighboring businesses or by a BID/Main Street/large developer. The license would allow patrons of those businesses or those in the BID/Main Street/development that choose to participate to take their alcohol to go in labeled 16 oz cups outside to walk around in the area or any communal seating cleaned/run by the businesses/BID/Main Street/large developer collectively. Just like any liquor license, these applications can be challenged by neighbors or the local ANC, at least initially, so these would be created in areas where the neighbors actually want them.

There are several areas of town where I think this could work initially and may not encounter insurmountable opposition (though there will be undoubtedly some opposition anywhere). [Edited to add and revise areas Note, I’m not saying that DC should immediately legalize these areas (the legislation should allow any area in DC to apply for one) but these neighborhoods where because of the layout of the area, and proximity to residents/houses, I think there could at the very least a limited open container business district that could be OK with the local ANC and neighbors and would be worth having.]

Once certain areas adopt this and if it goes well with few issues, the more popular nightlife neighborhoods like Adams Morgan, U Street, or H Street could follow suit.

Then again, by all reports, the police are taking a blind eye towards respectful, non-drunk public drinking and many are partaking (last year 15% of followers did it frequently and nearly 2/3 did it once), so perhaps no legal changes are necessary.