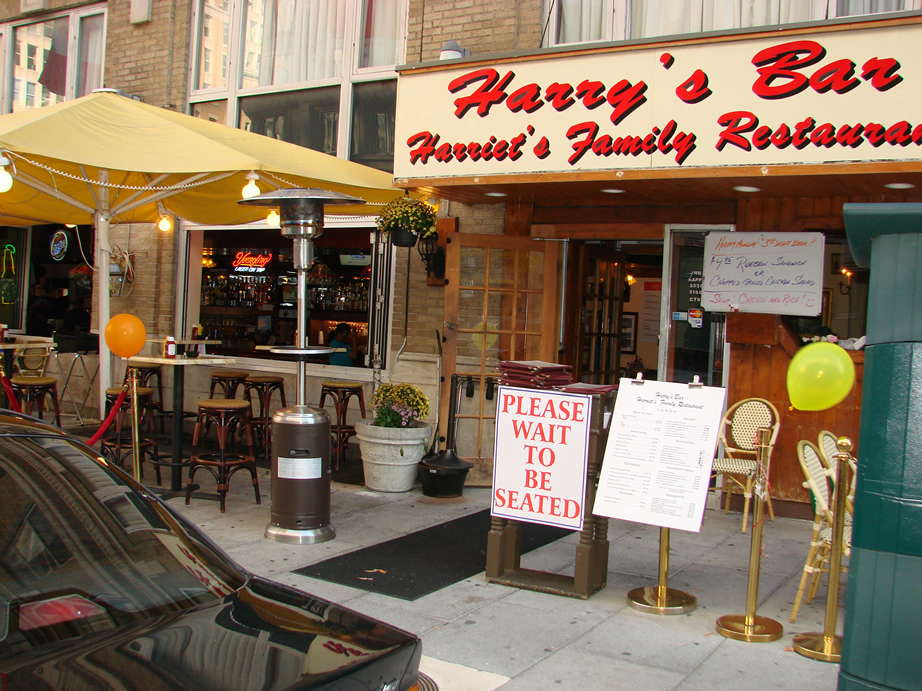 This post has been edited to include a question & answer from Mayor Bowser’s press conference.

Despite a stabbing that occured around 9p Saturday night nearby and a clamor from social media that it be shut down due to crowds of MAGAs and Proud Boys over the past several months, Harry’s Bar downtown received zero citations from ABRA (warnings, fines, or referrals to the ABC Board) over the weekend, ABRA told Barred in DC this morning.

According to the bar, they weren’t even open for dinner Friday or Saturday night. Owner John Boyle sent me an email unsolicited this morning stating:

We only opened Harry’s for lunch on Friday Dec 11 and Saturday Dec 12 from noon until 3:30 pm. We did not reopen at all in the evening. We knew that [there] would be large crowds and decided that closing before dark both nights was the best way to avoid problems and keep the staff and customers safe from Covid.

I realize that video from the street party and fights close by made it look like Harry’s was open and part of it but we were not.

A reliable source also confirmed to me that information they received indicated that Harry’s had closed by 4p on Saturday. Later today, Mayor Bowser seemed to confirm at her regular press briefing that this early closure was prompted due to discussions DC government had with the bar before the weekend. Full exchange below:

Washington Post reporter Michael Brice-Saddler: Lot of the skirmishes we saw out over the weekend took place near and around Harry’s Bar where people were also observed gathering in large crowds and flouting all the city’s masks restrictions. People were also stabbed nearby that location as you mentioned. So, is the city considering taking any action against Harry’s Bar, implementing any citations against that bar?

Mayor Bowser: Our understanding, and we’ve had investigators go out, is that Harry’s Bar was not open after 4:00 pm Friday or Saturday. This was part of our discussions with Harry’s prior to the weekend. So I don’t know if we can directly relate any of the unrest to the establishment.

Harry’s has been cited 5 times previously during Phase 2 (including multiple $1000 fines) but to the chagrin of many, they have not had their liquor license suspended as 11 other spots have been. Based on ABRA’s policy set in July and past precedent during Phase 2, this isn’t as surprising to me because they haven’t been caught serving after hours, offering live music/DJ, or playing music at higher than a conversational volume, which have been triggering the suspensions thus far.

9 thoughts on “Despite Clamor for Shutdown, Harry’s Bar Received No Citations This Weekend”